My mom give me cancer ? The genetic of cancer

My mom give me cancer ? The genetic of cancer 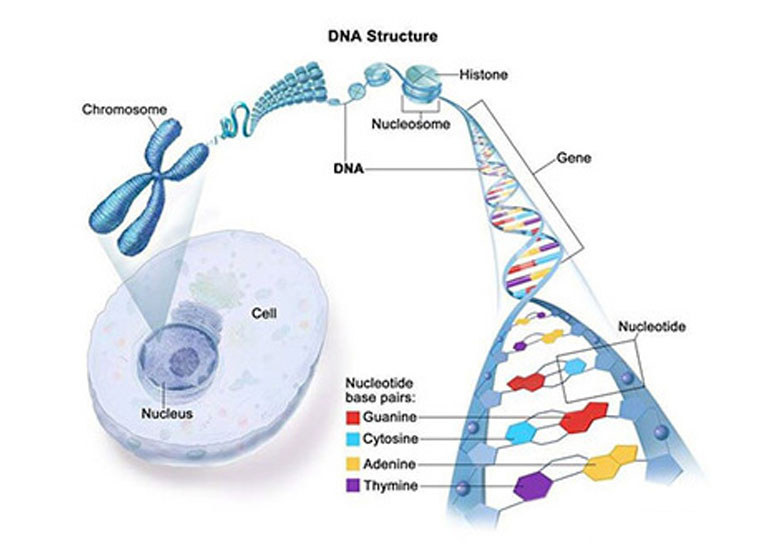 Genes are in the DNA of each cell in your body. They control how the cell functions, including:

1. How quickly it grows

2. How often it divides

3. How long it lives

WHERE ARE GENES PRESENT?

Inside almost every single cell in your body is a structure called the nucleus, which is the control centre of the cell. Inside the nucleus are 23 pairs of chromosomes made up of genes.

HOW CAN GENES CAUSE CANCER?

Genes are coded messages that tell cells how to behave. They control how our bodies grow and develop. We each have about 25,000 genes. All cancers develop because something has gone wrong with one or more of the genes in a cell. A change in a gene is called a ‘fault’ or ‘mutation’.

Acquired mutations: They occur from damage to genes in a particular cell during a person’s life. This cell then goes on to divide many times and form a tumor.

Factors that cause these mutations include:

Germline mutations: These are less common. A germline mutation occurs in a sperm cell or egg cell. It passes directly from a parent to a child at the time of conception. As the embryo grows into a baby, the mutation from the initial sperm or egg cell is copied into every cell within the body. Because the mutation affects reproductive cells, it can pass from generation to generation.

Cancer caused by germline mutations is called inherited cancer. It accounts for about 5% to 20% of all cancers.

HOW COMMON ARE CANCERS CAUSED BY INHERITED FAULTY GENES?

Genetic specialists estimate that between 3 and 10 in every 100 cancers (3 to 10%) diagnosed are linked to an inherited faulty gene. But the evidence is not completely clear.

WHAT IS THE SIGNIFICANCE OF FAMILY HISTORY IN CANCER?

In families with an inherited faulty gene there may be a pattern of specific types of cancer running in the family.

The strength of your family history depends on:

The more relatives who have had the same or related types of cancer, and the younger they were at diagnosis, the stronger someone’s family history is. This means that it is more likely that the cancers are being caused by an inherited faulty gene. Having a couple of relatives diagnosed with cancer over the age of 60 doesn’t mean there is a cancer gene running in the family.

HOW CAN A PATIENT COME TO KNOW IF HE/SHE IS AT INCREASED RISK OF CANCER?

HOW DOES GENETIC TESTING WORK?

Genetic testing looks at the DNA code for a specific gene or genes. It provides information about the gene(s) which are analyzed and is usually performed on a blood or saliva sample.

There are several different types of testing available including:

1. Diagnostic testing. This attempts to find the possible cause of cancer within the family and is best performed on someone who has had cancer.

2. Predictive testing. When the familial mutation is known it is possible to give relatives a definitive answer.